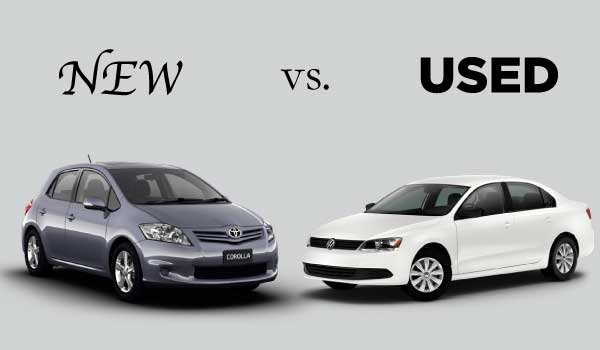 This question has been a prevailing point of discussion for a long, long time. There are advocates for both sides of the debate, each armed with compelling reasons. Individuals often have a hard time making the decision due to these push-pull debates, but the choice of which is best all starts and ends with saving money. Which one, used or new, offers the best savings for the buyer? Once this is sorted out, the customer can decide whether to go where to buy used cars directly or a car lot that offers both used and new options. We are going to examine some pros and cons of both classes of cars so that the reader can make informed decisions.

The pros of buying a used car include the belief that used cars cost less, have lower insurance and the buyer can rest easy, knowing that the make/model of the car is not likely to go out of circulation in a hurry. The cons of a used car include the long-term cost of maintenance, which might not be immediately apparent, but is nonetheless real. With a new car, a major advantage is that you are not likely to spend money making any repairs within the first few months. New cars also offer a kind of reliability that might not be present in a used car, with the risk of breakdown relatively higher in used cars than in new cars. The cons of buying a new car include the fast depreciation of cars within the first two years of ownership and a higher down payment that is typically required than that of a used car.

All of the above stated notwithstanding, the choice of a used or new car does not have a blanket template, but is rather determined by the car preference of the buyer. This is where the issue of residual value comes in – where the prospective buyer’s car of choice has a high long-term value and a low purchase cost, it is best to make purchase new. To find out information about this, one can read up customer reviews on platforms such as reviewsbird.co.uk. However, if the choice of a car tends towards luxury models, the residual value is likely low, which is when depreciation within the first year or two are steep!

If you have to take a loan to buy a new car, then it might not be as advisable as buying a used car. And indeed, finding a used car in very good condition is not so hard, although the risk of its developing faults will always be there. Apart from the high rate of depreciation, buying a new car also comes with a higher insurance rate than a used car. A study shows that used car buyers (around 5-year old cars) will pay 12{8340f1903a166c2d0336d17cba4ccc99f9dca6cfb9cb7633e95c3e8eb091456f} less annually on insurance premiums than a buyer of the same model which is new. The summary is that new cars cost more initially, and depreciate faster, but if you consider the long- term spending on maintenance and repairs, you might be tempted to go for it. We, however, advise you to do so, by all means, on cars with residual values, or if you can drive it off the car lot, debt-free. On the flip side, you might get lucky with your choice of a used car, which will be almost as new, not giving you any hassles and being a dream to drive, with the added benefit of saving cost upfront, but then, who can be sure about these things?